“The Times They Are A-Changin'”

Come gather ’round people
Wherever you roam
And admit that the waters
Around you have grown
And accept it that soon
You’ll be drenched to the bone
If your time to you
Is worth savin’
Then you better start swimmin’
Or you’ll sink like a stone
For the times they are a-changin’.

Come writers and critics
Who prophesize with your pen
And keep your eyes wide
The chance won’t come again
And don’t speak too soon
For the wheel’s still in spin
And there’s no tellin’ who
That it’s namin’
For the loser now
Will be later to win
For the times they are a-changin’.

Come senators, congressmen
Please heed the call
Don’t stand in the doorway
Don’t block up the hall
For he that gets hurt
Will be he who has stalled
There’s a battle outside
And it is ragin’
It’ll soon shake your windows
And rattle your walls
For the times they are a-changin’.

Come mothers and fathers
Throughout the land
And don’t criticize
What you can’t understand
Your sons and your daughters
Are beyond your command
Your old road is
Rapidly agin’
Please get out of the new one
If you can’t lend your hand
For the times they are a-changin’.

Sorry I didn’t take advantage of going to see Mr. Dylan last night in Palm Beach, but always he will be on my list of all time favorites.  He expressed sentiments 50 years ago that mean every bit as much today (maybe more) as they did, then.  Regardless of any argument anyone can present, I believe each and every one of us (with the exception of criminals!) has the same rights.  Love and EQUALITY trumps all.  Even writing about vegan stuff!  Nuff said.  Wishing you all the love and peace you deserve! 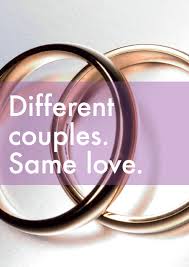