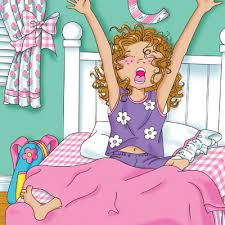 I woke up this morning with a lot of thoughts rolling around in my head.  Firstly, I am thinking about all my college friends in Oceanside and Long Beach, Long Island (where I spent a summer living across from the beautiful boardwalk, back in the late 70s) and spent many a day on the gorgeous beach, with Mitch, family and friends.  Watching the lifeguard building slam into the boardwalk was a great example of what hurricane winds are capable, even just a category 1 storm.  Just last month, I read a great article about how the Quicksilver Pro will be held there, causing quite a bit of controversy as it is usually held in much more exotic places with much larger waves, but many competitive surfers have never been to New York before and if you are going to surf the waves in New York, Long Beach is THE PLACE.  Hoping this will go on as scheduled and put that little beach on the big map.

I also woke up thinking about how I fell asleep watching The Sanjay Gupta special last night.  It finally aired at 9pm and then again, I believe, at midnight.  I would like to say I fell asleep during the midnight showing, but a night owl I have NEVER been.  In any event, I recorded it and will watch it in it’s totality later today.  I did catch a bit of the interview with Bill Clinton, who definitely now considers himself a vegan and has grown to love foods he once totally ignored.  It’s amazing what a cardiac event can push a person to do!  Will let you know a little more about the show once I am actually watching it with my eyes open.

Often the question of “how much soy is too much soy?” comes up.  This is so controversial and I just can’t answer for sure, because I don’t know what the right answer is!!!  Yes, soy mimics estrogen and is suggested for woman as they are going through the changes of life and their estrogen is lessening, to help with hot flashes and other symptoms.  That could lead us to think too much soy might be contraindicated for someone that has had cancer or is at a high risk–one would think–especially for breast cancer…but over and over again, the research seems to support the opposite.  In fact, in Okinawa, where the staple foods are sweet potatoes and tofu, (actually the world’s largest consumers of tofu, eating about 12 ounces per person, per day) the people have 80% less breast cancer and more than 50% less ovarian and colon cancers than Americans.  While I once feared too much soy, personally, I no longer do.  In my mind, given all the science, too much meat, poultry or dairy seems to be way more risky!

My time is up!  I am off to start a busy Monday filled with lots of fitness, but I always remember to balance it out with plenty of peace!  I hope your day holds much of the same.  If you are cleaning up from the storm, remember to put your safety above all else.  Stay hydrated and remember that all that cleaning up counts for your daily dose of fitness.  Then sit back and savor the calm after the storm.