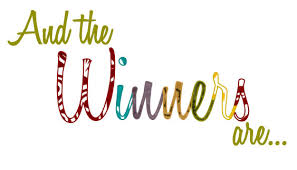 The alarm went off a little before 6 and the great oldies song, “Abraham, Martin and John” was playing.  All I could think about was Olivia, (someone) and Lebron.  I didn’t yet know that Hines (YAY!) won the mirror ball trophy, but I definitely knew the Heat won (in overtime) and I definitely knew my girls rocked the Biggest Loser.  Abraham, Martin and John…Olivia, Hines and Lebron.  Thanks to Carol and Jane for coming over and watching all the amazing transformations, and playing guess their weight now.  Carol later emailed me with Olivia’s height…5’9!  132 pounds.  That is unbelievable as was Hannah’s 120 pound weight loss putting her at 128.

At the beginning of the show we learn that America picked Irene over Jay, for the final 3.  Good choice, America.  Though both of them looked fantastic, and Jay actually looked like he lost a greater percentage at home, than she did.  Then we start to see all the eliminated guests return and weigh in.  WHERE THE HELL WAS OLYMPIC CHAMPION RULON?  They never even mentioned his name. Most  looked absolutely fantastic like Ana, Courtney, Marci, Ken, Moses. Sarah, and Austin.  Deni lost 131 pounds and no one could beat that number, making her the at home winner of 100 grand!  Here’s my takeaway from all of this.  Lose weight while you are young.  The young contestants still look young.  On the other hand, some of the “older” contestants took off a lot of weight, but put on a lot of years, visually.  The twins, Dan and Don looked very, very old to me.  Deni definitely needs to do something about the skin on her face now, too (and can since she won the money!) Her daughter, Sarah on the other hand, looked drop dead gorgeous at 155.  Seriously gorgeous.

I wanted Olivia to win since week one.  But in the end, I felt badly for Hannah and thought it would be great for her to stand under that confetti, but Olivia had her beat by just enough.  Both of them looked so beautiful.  I love Hannah’s new hair style.  I might want to steal it.  Olivia looked gorgeous from head to toe.  Great sassy hair cut, red lipstick, knock-out dress and a very thin (he lost over 100 pounds at home) great looking hubby in the audience.  Great show, great finale.  Next season, Anna Kournakova takes on the job of the new trainer.  Should draw some men to watch, that wouldn’t have before…I can hardly wait!  But to hold us over, we have a new weight loss show on ABC starting next week.  Extreme Makeover, Weight Loss Edition.  It’s a 10pm show, so I will definitely be hitting the DVR for that one.

NFL player, Hines Ward won the mirror-ball trophy on Dancing with the Stars and definitely earned and deserved it!   The Heat overpowered the Bulls in overtime and that was very stressful.  I went to sleep for that over-time period as it definitely does seriously stress me too much.  Woke right up to learn from Mitch that they won.  Phew.

Thanks again for the articles that some of you sent me this week.   I will be reading and re-reading.  The word compassion keeps twirling around in my brain.  I am personally trying to do some work with my own compassion level  and all of the literature you have been sending addresses just this!  Carole, I am relating a lot to pathway number 8, interacting with others…I keep reading those words.  I do need to learn that I CAN be compassionate without feeling a need to get caught up or fix what someone else has to to work through.  Thank you.  It gave me a lot to think about.  More about this later.  For now, just like the little elves chanted, hi-ho, hi-ho, it’s off to work I go.

Have a wonderful Wednesday everyone. Forgive my typing errors.  Keep taking care of yourselves, each other and our Earth.  Much love.

PS.  I just learned Olivia’s last name is Ward.  Weird.  Olivia Ward and Hines Ward.  What are the odds??