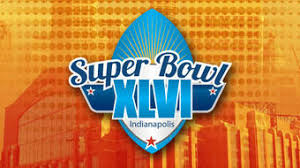 All the losers are winners when it comes to weight loss.  Last night on Biggest Loser, the person to lose the most (as measured by percentage of body fat) would not only have a beautiful number on the scale and the guarantee of another week on the ranch, but also 2 tickets to the Superbowl!  First we would have a pop challenge with NFL players Tony Gonzalez, Drew Brees and Clay Matthews.  The challenge involved tossing a football into the belly of a cut-out of the other contestants.  The last cut-out standing would belong to the winner of $5,000, with the pros having to stand back a good distance in comparison with the contestants, when they threw.  Courtney manages to walk away with the money and bragging rights!

The challenge was kind of interesting.  Since football games are won on the field, their challenge would be won in the gym.  The teams would be scoring points based on how many calories they could burn in 4, 15 minute quarters.  The winning team would win a day at the spa, so desirable for anyone, but especially for these people who are literally working their butts off all day.  Not at all shocking, Bob’s black team leads the way at half-time and continues to be ahead at the end of the 4th.  I noticed that Bob’s training technique, in wanting to get the most out of his team members, was to hit them specifically in the heart.  Instead of saying “come on you can do it,”  or screaming “GIVE ME MORE NOW,” Bob said things like “this is for your daughter, Joe.   This reminded me of how much experience he has and how much balance he offers as a trainer.  Once again, we see Anna as soft and sweet, Dolvett as hard and militant and Bob as just right!  That said, I would train those “elders,” in a very similar manner as Anna, and there is very little of Dolvett in my style.  In any event, I was immediately aware of how Bob got right to the sweet spot and made his team work because they wanted to.  It would pay off in a win, but they declined spa day, Bob saying that was NOT what his team signed up for.

The entire week has been a tremendous struggle for Jennifer who has a stress fracture in one leg.  Dr. H informs her that she is not to do any weight-bearing exercises, but once again, Bob’s expertise finds many ways around this.  At the last chance workout we see more NFL biggies come to train, one with each team.  Shawne Merriman works out with Bob’s team with sled pushing, tire sledge hammering and punching bags.  Eric Dickerson trains  with the blue team where Anna has added new exercises to shock their systems and Tim Tebow joins Dolvett and his red team with lots of cardio, boxing, and rope work.  Then, as always, it’s time for a final weigh in.  Who would win the Superbowl tickets.  Coach Mike is a Indiana man and going to a Bowl game, he tells us, is definitely on his bucket list.

Red team weighs first and puts up respectable numbers, most in the double digits, Jessica the biggest loss on the team, with a 4.74% loss, making the team total 2.93%.    Next up, Bob’s black team.  Together they lose 77 pounds and 4.58 % of their body weight, taking the lead.  Jennifer pulled a 16 on the scale with NO weight-bearing work all week.  Go girl.  Joe’s % of weight lost is just 1/1000 of a % higher than her’s and he is “holding” those tickets, feeling pretty good after blue team’s 2 weeks in a row of losing the weigh in.  Blue team surprises us all, though.  With just 3 members left, they managed to lose 33 pounds and Coach Mike, who must have starved all week, lost a whopping 17 pounds making him the biggest loser and the biggest winner all in the same second.  He is going to the Superbowl.  Red team, on the other hand, is going to the chopping block.  While Jessica has immunity but they all cry and say they can’t write each other’s names down.  They are like family and best friends and they just can’t.  Patrick says to write his name down.  He wants to take the hit because he feels the others need it even more than him.  He wants to go home and pursue his life-long dream of being a police officer.  He is voted off and see at home, passing the physical agility test, allowing him to move forward with his dream.  He is down 91 pounds and looking great.  He and his wife have a much better marriage and he is working on another goal, to run 11.5 minute miles in the marathon that will come towards the end of the season.

***As Sunrise Fitness closed it’s doors yesterday, please know that we have room for you in our SilverSneakers classes at Tamarac Fitness Center.  We offer 8 SilverSneakers classes a week, taught by Ellen and myself.  If you are a regular paying member and are interested in checking out the gym come try a class or a workout.  Grab a schedule.  Don’t let your fitness routine get interrupted!!!  For more info call Ron or Wendie at 954-726-1070 or come on by.  We are located at 7935 West McNab Road.